The accountant leans over towards me from the other side of his desk with a proud grin.

“It’s remarkable how, when you understand the numbers, they tell a story. Most people, if they’ve never done a direct mail campaign, will do it wrong.”

It takes an analytical mind to fully appreciate the power of numbers in a direct mail campaign. The constant barrage of facebook updates, tweets and status notifications is inundating and can certainly out-shout a letter in the mail. Or can it?

Direct mail has been around for a long time. There are no ad blockers, spam filters or other barriers to the recipient. It’s almost guaranteed a view and if done right, will help someone solve a particular problem.

“They key is in finding relevancy to your audience,” said Bill Conner, the accountant.

Conner has a small accounting practice, focused on income taxes. He prepares about 300 returns per year and wants to grow that to 500 – 600 returns. He figures that the best time to contact potential clients is when they are thinking about tax preparation, but he wants to stimulate interest early in the filing season to avoid a last-minute rush.

Conner chooses to do a mailing to arrive about the same time that the W-2’s of his target market are arriving in the mail.

The third week in January is chosen as his “drop date,” which is the date when the mailer will be delivered to the US post office. “Very few people are thinking about an accountant in July or at Christmas time,” said Conner.

Conner takes pride in his approach to direct mail marketing. He knows that studies show most accounting clients come from a 3.5 mile radius from the office of the accountant. He checks his zip code maps and picks the 5 zip codes that most closely correspond to this, and then starts talking to list brokers. He finds these brokers from a “Google” search on the internet.

Some of these conversations are classic “sales calls” – the broker extols the accuracy, reliability, responsiveness of their lists, but have little to prove these assertions. He finds that many of the lists are “compiled” lists, the source of which are vague. He’s a little put-off by many of the brokers, who seem to sense he’s not an expert in this area.

But he persists, asking for what kinds of “selects” he can make off the lists. He wants high income homeowners, and those who have moved to the area in the last year.

A client recommends that he talk to the credit bureaus, since they have up to date lists and lots of demographic information. He calls Experian and Trans Union and speaks with their list sales departments.

He asks for a demographic breakdown and “counts” for each of the zip codes he is considering. He gets this from a couple of sources. Two of which he recommends; Info USA, and Experian.

Can Conner handle 120 new clients? He and his staff confer about this and decide that yes, they could. Next, he decides to do a cost analysis. Here is what he comes up with:

“Right here is where most accountants stop cold,” said Conner.

“Accountants are by nature risk avoiders. This looks like a game for gamblers. Here is a bet where you put $8,500 down, and you might end up with nothing.”

He decides on a list from one of the credit bureaus, based upon their representation of the current nature of the list (that it has been updated within the last four months), that it contains no duplicates, has a high deliverability, and guarantee that if there are any nixies (undeliverables) he can receive a refund for those names. He orders the list in an Excel spreadsheet format, delivered by email.

Simultaneously, Conner has been drafting a nice 3-fold brochure explaining what he does and why he’s a good choice as a tax accountant. He figures a lot of his “target audience” have either been going to large accounting firms or struggling with home tax prep programs. He’s got good reasons why he’s better than both of those options.

“I try to focus on the reader. What’s important to them? What will grab their attention? What will resonate? How will they be so “compelled” that they just must call me?” said Conner.

His brochure focuses on:

Conner tests his draft brochure out with his toughest critics: his friends, family and a few close clients. They point out some weak areas, make some suggestions, and he considers them all, incorporating a few.

“The quotes from the printers are all over the place,” said Conner.

“I learned quickly that you have to specify exactly what you want. For me, it’s a letter sized 24 lb light green colored paper, tri-fold, tabbed, 1 color (black), no halftones (pictures), no bleeds (there’s a 1/4″ margin all around, so printers don’t have to buy larger paper and then cut it down,” said Conner.

Conner settles on a local printer and lettershop and puts the terms of his arrangement in writing, signed off by all involved. He includes a specific timeline:

Conner delivers the mail piece to the printer via emailing a PDF of the piece, along with explicit instructions on how it is to look.

“I have a printer as a client, so I know the personality: if something can go wrong, it will,” said Conner.

In addition to the email, he personally delivers a mock-up of the piece. Good thing, too, since the printer thought the outside was the inside, and he was planning on printing the outside upside down from what Conner wanted. Conner also wants to see the paper. Again, good thing he sees it before the printer uses it because it’s the wrong color and weight.

On January 9th he calls the printer. The paper has not yet arrived, nothing has happened. On the 10th he calls and is told it will be done by the 12th, maybe. Here Conner realizes that he should have had a penalty for non-performance written into his agreement.

On the 15th he’s told that there’s a delay and that it won’t be ready until the 17th.

“I had to give them a bit of “encouragement, but they got the job done,” said Conner.

Four days after the mail piece hits the mail, nothing has happened. It’s included a weekend, but Conner says he’s is starting to get worried. No calls. No appointments. He receives the lettershop invoice and the 5053 certification in the mail, and notes that it’s not been signed or stamped by the post office.

On the 24th he receives a USPO stamped and signed “replacement” 5053 dated the 20th, and a box full of left overs. He’ll use those as hand-outs later. On the 28th, he receives good tidings in his mail: the piece he had sent to himself.

Conner had inserted his own name in the mailing list, along with some friends and relatives. On the 29th he gets a couple of calls from these “insiders” letting him know, as they promised, that his piece has “hit the mailboxes.” Still no calls from prospects.

On the 30th, calls start coming in.
Slowly, at first, but they come.

“About half of them are prospects. Some sound like they are my friendly competition checking things out,” said Conner.

A few appointments are set. For the next ten days, the number of calls coming off the mailer increase daily. Some call and are ready to set an appointment, others want to speak with Conner to see if he’s the real deal. The calls level off and start to decline, and there’s a week in early February where only one call comes in. ”

Then they start to spike again in March and it’s a crazy-wonderful business until the 15th of April,” says Conner.

Conner is analytical enough to tracks all the calls and where his clients are coming from. He can’t really see a trend. After the tax season, in early May, he sits down to figure out whether all of this was worth it.

Here are the results:

Conner sees that he paid for 12,000 names but only 11,400 ended up being mailed. He sees that he paid $ 9,420 when he had firm quotes for around $ 8,500. He has a fistful of “nixies” — over two hundred, from that supposedly clean list, and those are the ones that were returned (the USPO only returns standard mail bad addresses by accident: they’re typically thrown away).

“I could be upset about the cost over-run, the under -delivered mailer, but, hey, $ 20,144 in increased revenues, is pretty good.”

For next year, Conner will consider another mailer… and if he does, he will be just a bit wiser:

You can purchase the eBook, “Successful Direct Mail Campaigns” here. 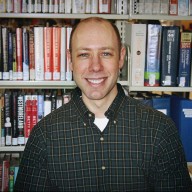